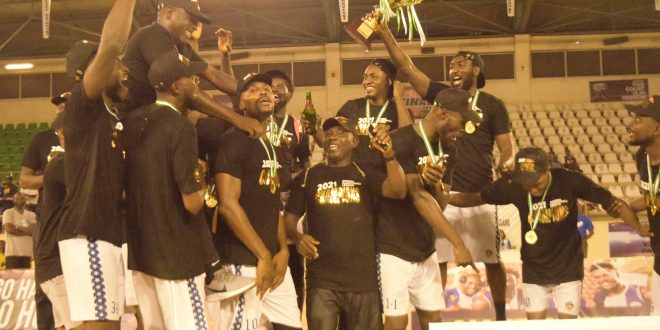 Rivers Hoopers Are Champions Of Final 8

Editor1 November 17, 2021 Sports Comments Off on Rivers Hoopers Are Champions Of Final 8 291 Views

The KingsMen trailed by 6 points (6-12) with 5 minutes into the first quarter, but bounced back in the second quarter scoring 36 points as the Bulls managed 31. 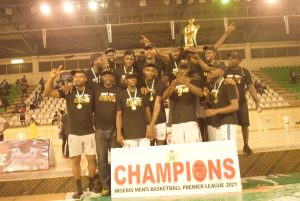 Rivers Hoopers went wild in the second half putting the game beyond reach for Gombe Bulls, as they reduced the latter to just 26 points against 38 points made by Hoopers.

Despite missing Emmanuel Balogun to injury early in the game, Victor Anthony Koko stepped up to help close out the encounter. Koko went off for a double-double 14 points, 10 rebounds, 4 Blocks and 2 steals, capping a man of the match display.

Oriakhi Owen was awarded a medal for scoring the highest points in the tournament, he was also included in the championship best five alongside Johnson Anaiye who was crowned the MVP of the tournament. 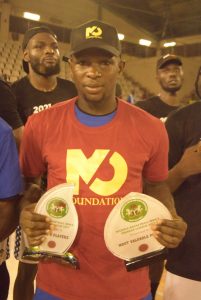 Previous NBBF Final 8 We Have Short Notice To For Super-8-Onikeku
Next CYCLING: Nigeria Set To Host Africa Continental Track Championship