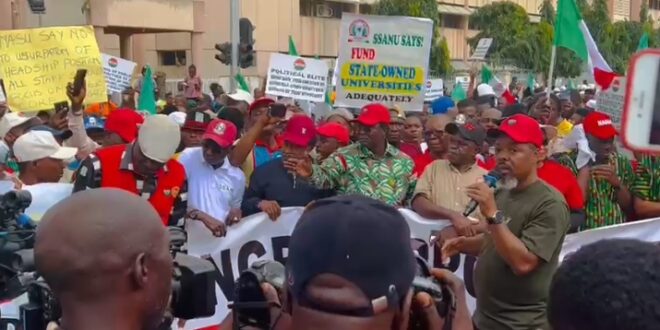 The National Executive Council of the Academic Staff Union of Universities (ASUU) has extended its ongoing strike action by four weeks. Only the public universities were affected by the strike action.

ASUU has been on its prolonged action since 14 February.

A statement made available to journalist in Abuja, which confirmed the development partly reads: “Following extensive deliberations and taking cognisance of government’s past failures to abide by its own timelines in addressing issues raised in the 2020 FGN/ASUU Memorandum of Action, NEC resolved that the strike be rolled over for four weeks to give government more time to satisfactorily resolve all the outstanding issues”.

In almost six months, ASUU has been pressing home some demands, including call for government to implement the Memorandum of Action on funding for revitalisation of public universities, which was signed in December 2020.

Other demands are Earned Academic Allowances, renegotiation of the 2009 agreement and the deployment of the University Transparency and Accountability Solution among others.