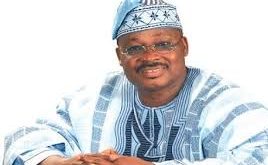 The senate of the Federal Republic of Nigeria on Wednesday passed a bill for an act to provide for the establishment of the federal university of environmental technology, Saakpenwa Ogoni, Rivers state for the second reading.

The bill which was read for the first time in the floor of the Senate on November 26, 2019, seeks to proffer an enlightened, sustainable and confidence-building solution to the people of Ogoni land in Rivers state, and its environs.

Leading the debate in the floor of the senator, Sen. Mpigi Barinada (PDP Rivers South-East) said, the bill is not just about the cleanup of Ogoni land alone, but the institution, what happens after the cleanup because there must be peace and a conscious effort for reconciliation, the need for the university.

He said, “Mr President and distinguished colleagues, I share strongly in the desire to provide credible platform for national reconciliation and healings to build confidence for sustainable solutions to our national challenges and shortcomings, thus I hereby bring forward this bill seeking to establish the Federal University of Environmental Technology, Saakpenwa, Tai Ogoni, Rivers State for the benefits of its people and service to humanity.

“We need no further conviction and proof that this University when established will train and apply a multi-disciplinary approach of knowledge dissemination and technical innovations including Renewable Energy technology, Environmental Engineering and Technology, Mineralogy, Oceanography, Geographical Information System and Geodesy, Electronic Environmental Monitoring and Waste Management as well as Industrial Toxicology, Ecotoxicology, Environmental Analysis, Decontamination Technologies and Assessment of Environmental Impacts.

” You are all aware and conversant with the Oil history of Ogoniland and the manifest devastation of the Ogoni environment and loss of sustainable economic livelihood due to oil exploration and exploitations in the area since 1958. It was indeed, in recognition of these environmental injustice to the Ogoni people and communities that compelled the Federal Government of Nigeria in consultation with other stakeholders, to request the United Nations Environment Programme (UNEP) to conduct an independent assessment of the environment and public health impacts of oil contamination in Ogoniland, in the Niger Delta, and options for remediation,” He said.

Sen. Barinada reminded the senate of the United Nations Environment Programme (UNEP)’s report which was submitted to the federal government on environmental assessment of Ogoniland, which he said the report as popularly referred to ‘UNEP Report’ contains detail information on the assessment which covered contaminated land, groundwater, surface water, sediment, vegetation, air pollution, public health, industry practice and institutional issues as well as recommendations and steps to be followed in carrying out the clean up exercise.

He also stated that when President Muhammadu  Buhari assumed office in 2015, his administration identified the acceleration and implementation of the UNEP Report’s recommendations as a priority. And on August 4, 2016 President Buhari inaugurated the Governing Council and Board of Trustees of the Ogoni Trust Fund, established via the federal government of Nigeria gazette of 2016 as part of the governance process for the implementation of the UNEP Report on Ogoniland being executed by the Hydrocarbon Pollution and Remediation Project (HYPREP).

“It is no longer news that the Federal Government is interested in Oil resumption in Ogoniland after oil exploration activities were stopped in 1993 following the earlier mentioned disagreements between the communities and Shell and the government.

“As a leader and community mobilizer, it is my passion and conviction that the establishment of a Federal University of Environmental Technology, Saakpenwa Ogoni, will capture and mainstream the ideals of the UNEP recommendations and help in confidence building and cementing relationship with the community leadership and give opportunities to the youths and women to better understand the relationship between technology, environmental pollution and environmental protection not only in Ogoni but in the entire Niger Delta region and Nigeria in general in order to combat the threat of ecology and climate change,” he concluded.

Meanwhile, the bill received wide acceptability in the senate as lots of the senators who spoke in the floor of the Senate commended the sponsor of the bill and call for entire Nigerians to support the bill.

The bill was referred to the senate committee on tertiary institution for further legislative works.