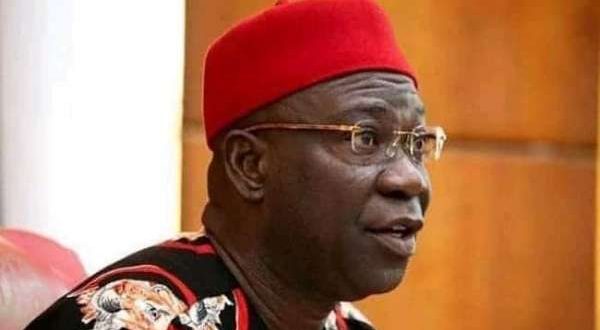 Senator representing Enugu West, Ike Ekweremadu says the south-east must bebe given an extra state to “enable us to match with the rest of the country in terms of opportunities and national assembly”.

The senator spoke in during a town hall meeting in Enugu state over the weekend.

The south-east region has the lowest number of states of all geopolitical zones in the country, and consequently, fewer legislators at the national assembly.

The former deputy president of the senate criticised the “lopsided” ratio, saying the geopolitical zone is being “shortchanged”.

He said the numerical disadvantage affects the region in voting and resource distribution at the national assembly, adding that creating a new south-east state is the “fair thing to do”.

“The number [in the national assembly] is lopsided, because of the way the states were created,” he said.

“Right now, the south-east has just five states while others have six and seven. With the senate, we have just fifteen [lawmakers], while some have 18 and some 21.

“So when it comes to voting and resource distribution, we are shortchanged. If you go to the house of representatives, [it’s a] similar thing.

“I believe that the fair thing to do is for the country to agree for us to have an extra state for the south-east. So that will enable us to match with the rest of the country in terms of opportunities and national assembly.”