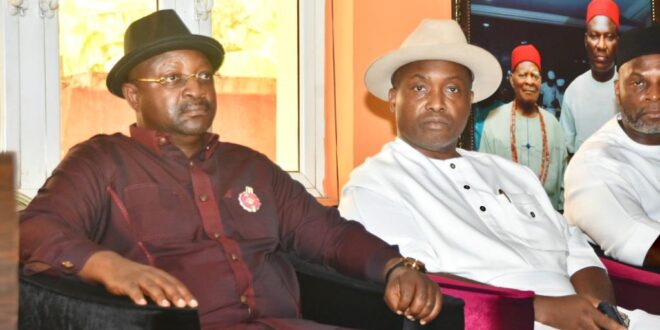 The Honourable Minister of Youth and Sports Development, Chief Sunday Dare led a strong team that includes top ministry officials that arrived Nnewi on Friday, for the official commissioning of the ‘Senator Ifeanyi Ubah Sports Club’.

Speaking at the event,
the Honourable Minister of Youth and Sports, said he is happy to be part of this landmark occasion which has opened a new page in Sports development and Youth empowerment in Nnewi South local government and by extension, Anambra state of Nigeria. 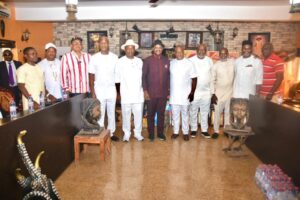 “I deemed it fit to be part of this noble event. Senator Ifeanyi Ubah has invested in youths and in Sports, most especially, he has impacted his Senatorial District with positive changes.

“It is a clear fact that Senator Ifeanyi Ubah has been in the football fraternity, for more than a decade, having run a professional football club, as well as owning a stadium that once hosted a CAF Confederation Cup match. That is an indication of his passion and investment in sports.” 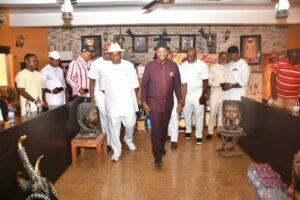 In his response, the chairman of former Federation Cup champions, FC Ifeanyi Ubah said the Senator Ifeanyi Ubah Football Competition currently ongoing across 119 senatorial wards is another way to say thank you to his supporters for the many years of support.

He said the final of this competition will be played in Nnewi, while the winner will travel to Dubai soon, to play series of friendly matches against selected clubsides.

“It’s a way of giving back to the society, where I actually hail from, to discover more talents and to nurture them to stardom. This club as you can see, has basketball, volleyball and tennis courts as well as a 5-Aside football pitch among other facilities.

“I want to thank the Honourable Sports Minister, who deemed it fit, out of his very busy schedule, to visit Nnewi, May God Almighty bless you and your team, as you go back to Abuja safely,” he concluded

Previous FG Moves To End Open Defecation
Next Tinubu’s Critics Adopting His Policies, Underestimate Him At Your Peril – Fashola