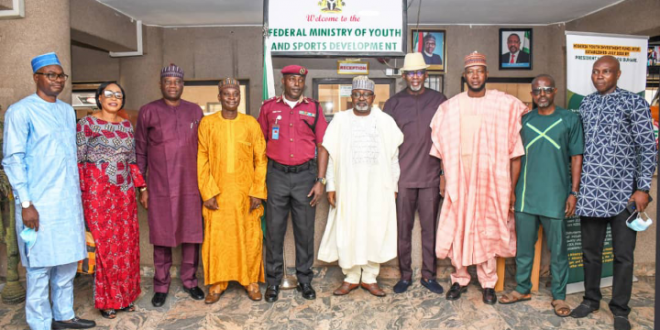 Ministry of Youth and Sports Development set up a 13 man committee led by the former President of Badminton Federation of Nigeria (BFN) Mr. Francis Orbih to pilot the affairs of the board pending the election of a new board.

Elections into the board of the federation could not hold has scheduled last month following a court injunction by some past board members.

But the Ministry at the expiration of the injunction inaugurated a new Caretaker Committee sworn in by the Permanent Secretary Mallam Ismalia Abubakar.

Speaking after the inauguration, Orbih said the decision to form a new Caretaker Committee was a welcome and positive development in the interest of the growth of the game. 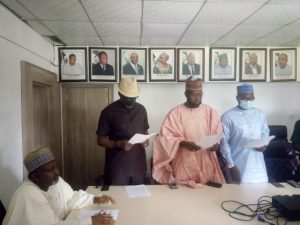 “I want to appreciate the honourable Minister and staff of the Ministry for the very good decision they have taken,” he said.

He explained that in spite of the noise in the about factions on the board of badminton it remains a one family although there may be slight disagreements by some members who were not comfortable with some decisions taken by the last board.

He said the focus of the Caretaker Committee is to ensure that it rolls out good programmes for next year which will be pursued vigorously to ensure that the sport does not suffer and as well not lose the gains the last board had made in the last few years.

Orbih pointed that unfortunately due to the lingering crisis, the players will be missing out of the Uganda Senior Badminton championship this week and the 6th edition of the Lagos International Open championship which will inadvertently affects the world ranking of the players

Previous Birmingham 2022: Commonwealth Barton Arrives Nigeria
Next Sex tape Saga: I Get Ahead Of A Story Before It Cconsumed Me– Savage