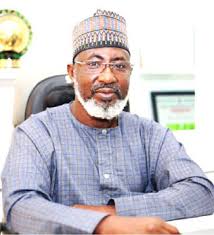 Editor1 October 3, 2022 Sports Comments Off on Sports Ministry To NFF GS No letter Signed By Him Henceforth, Will Be Accepted Or Treated 16 Views

Following absolute disrespect for the Ministry of Youth and Sports and the office of the Minister, the NFF General Secretary is up for a big lesson.

The federal government has decided to move against him. Inside sources from the Ministry, revealed that henceforth, no letter written or signed by Sanusi will be treated or honored. Not only that, previous letters from Sanusi and the NFF will be frozen or disregarded.

Also interesting, is the fact that since Sanusi has claimed that he is not an employee of the Federal Government, yet enjoys government facility and spends appropriated funds, he is likely to be ejected from the NFF secretariat.

Sanusi, mid-September wrote to report the federal government to FIFA for interfering and had the efrontry to send a copy to the Permanent secretary of the Ministry.

“The Ministry is the Supreme body responsible for the administration of sports in Nigeria and it is fully empowered by the constitution. Sanusi and the NFF think they can use FIFA to blackmail Nigeria.

Disrespecting constituted authority is taking it too far by a mere Secretary General.

He should be ready to face what comes his way the source said. Sanusi has created problems for the New NFF president by his behavior” the source further submitted

A forensic financial may soon be thrown in at the NFF secretariat under Sanusi to account for all Govt funds.
As usual. The Minister like a vulture is always patient.

Our sources revealed that it’s not about him. It’s about the Institution of Sports, the supervising Ministry. Knowing this Minister, he will fight to defend the institution. The NFF is still a parastatal under the Ministry and answerable to the Minister.

Sanusi is not elected. Sanusi was appointed in what became an anomaly under the unrestrained rule of Amos Adamu and Bolaji Ojo. Hitherto, the General Secretary is a civil servant as the case is, with all sporting Federations.

Previous ICC U19: Nigeria May Get World Cup Ticket
Next Ekiti, Osun Polls Has give Us Platform To Improved 2023 Election — INEC