SUNDAY SERMON: You too can succeed

GongNews January 1, 2017 Uncategorized Comments Off on SUNDAY SERMON: You too can succeed 1,366 Views 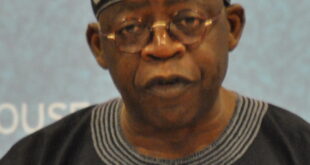 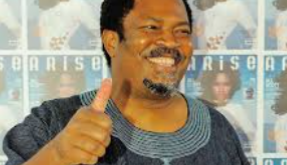 Joseph lost his mother at a tender age. He was hated by his brothers who plotted to kill him and sold him into slavery. He made it.

Ruth was a widow with no future; she made it as a result of her choice to follow her mother-in-law Naomi and her God.

Esther was an orphan who was raised by a senior cousin in a foreign land; she became queen. Rahab was a prostitute with a bad reputation; she entered into the genealogy of Christ. Jephthah was the son of a prostitute; he became one of the Judges of Israel.

David was the youngest of 8 sons of Jesse who was not considered fit to be king. Even after he was anointed, he became a victim of one the hottest pursuits in human history. He made it to the throne.

A widow lost her husband and inherited a huge debt for which her two sons were about to be taken as slaves. God turned her situation around.

The Lord has sent me to tell you that you too can succeed!

The seed of greatness is in you. You can’t afford to be a loser.

You are not a loser, and you will never be numbered among losers.

God did not design you to fail. Look at the human body and you will understand what I am saying. God furnished the human body with everything it needs to succeed.

The following facts then emerge about the product God created:

You were designed to be fruitful, creative, productive, effective, prosperous and responsible. You were created to be the head and not the tail; above and not beneath. You were designed to be a winner and not a loser; a victor and not a victim. God created you to express His success on earth; to reflect His nature and show you off to principalities and powers. He planned for you to be fat and flourishing.

The big question is why do people fail?

God is getting ready to turn things around for you. The Bible says when the Lord turned our captivity we were like them that dream.

Blind Bartimaeus had his situation turned around; the woman with the issue of blood too. I bind every demon spirit interfering with your progress in the name of Jesus Christ.

A spectacular change is going to take place in your life this year in Jesus name. Your success is inevitable!!

God will connect you to helpers of your destiny and you will fly high this year in Jesus name. Happy New Year!!!

Nigeria's most authoritative online newspaper with a deep reach for the Defence of the truth at all times.
Previous Jibrin accuses Dogara of collecting $600,000 from Ibori
Next Corruption : Why ICPC is making the difference 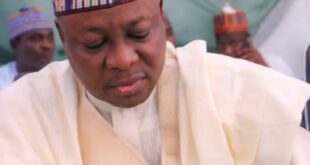