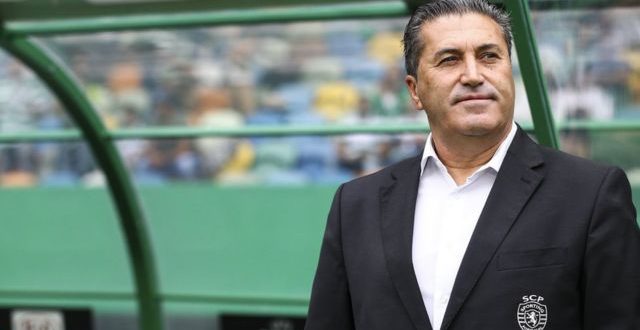 Super Eagles Head Coach, José Peseiro on Thursday expressed joy at his first victory with his team against Sierra Leone, saying that his team deserved to win.

Alex Iwobi and Victor Osimhen’s first half goals made the difference as the Super Eagles struck back after Sierra Leone took a shock early lead.

It was barely the most convincing display from the Super Eagles, but it was three points sealed after a much-needed 2-1 comeback victory at the Moshood Abiola National Stadium, Abuja.

Peseiro told newsmen at a post-match conference that he was very happy to have won his very first competitive game with the team, adding however that there was still room for improvement.

“We created over five or six goal scoring chances in those friendly games.

“In today’s game, we were better than Sierra Leone, but I think our team, this squad, these players can play much better,” he said.

The Portuguese coach stressed that the team needed more time to improve, adding however that the Super Eagles were the better side and deserved to win.

“We had barely six or seven practice sessions. We should have had three or four more, but due to the late arrival of some of the players.

“The players need more time, I don’t think the team was fresh enough for the game.

“But our team deserved to win. We created more opportunities.

“Although the visitors tried their best to score a second goal, the closest was a clear offside even though there was no VAR.

“In the second half, when I substituted Sadiq (Umar) for (Oghenekaro) Etebo, you could see that we controlled more of the game.

“However, the visitors looked fresher in the last ten minutes and pushed us, but we were able to hold on for the win.

“So, I think we were the better side and deserved to win the match, but we can improve and play much better because we have the quality and ability to do so,” he said.