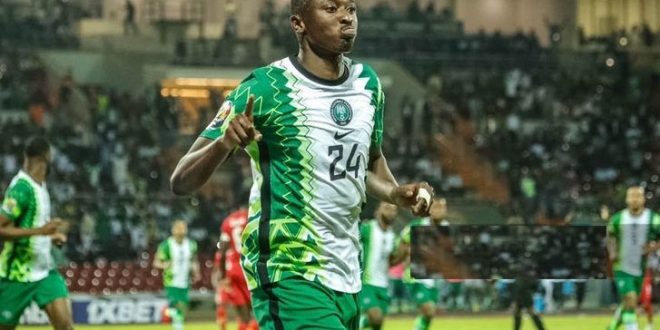 UD Almeria and Super Eagles forward, Sadiq Umar is optimistic Monday’s nation’s cup qualifiers game against Sao Tome and Principle in Marrakech is a must win.

While speaking in a chat with moment before the teams departure for Marrakech opined that Monday’s game against Sao Tome and Principle will be different from Thursday’s 2-1 victory over Sierra Leone in Abuja.

The Kaduna-born forward who was in blistering form last season played a pivotal role to Almeria’s Spanish Liga promotion with 18 goals as the club top scorer.

“They (Sao Tome) lost their last game but we are not going there relax, but to get a result. The most important thing is to win,” the soft spoken forward said

Sadiq Umar has been the top goalscorer for UD Almeria for the past three seasons and has represented the Nigeria national U-23 team and was an important member of the squad that won a bronze medal at the 2016 summer Olympics.

The striker who is of the opinion that the team will give Nigeria fans the much needed victory in Morocco.