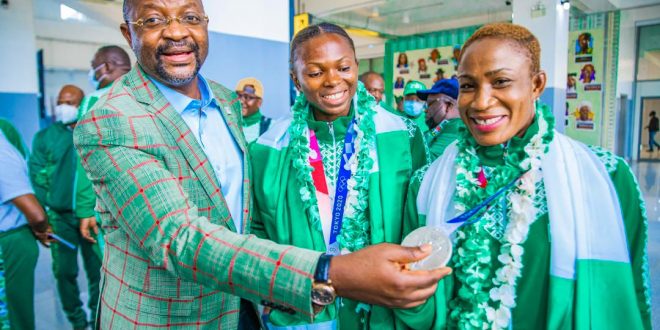 SWAN Urge Minister To Probe Disqualification Of Athletes In Tokyo

The Sports Writers’ Association of Nigeria (SWAN); an affiliate of Nigeria Union of Journalists ( NUJ), has commended the gallant performaces of the Nigerian athletes at the just concluded 2020 Tokyo olympics.

The Association, while commending the brilliant outing of the Nigerian athletes, noted that the recorded success would not have been achieved without the commitment and contributions of the Minister of Sports, Mr. Sunday Dare. 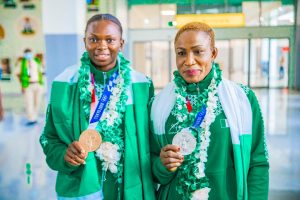 SWAN, in a statement jointly signed by its National President, Comrade Ahmed Aigbona and the Secretary-General, Comrade Mike Oboh, explained that despite the disqualification of some of the Nigerian athletes at the olympics, the athletes were able to secure a Silver and a Bronze medal, being the best achievement recorded in a long while. 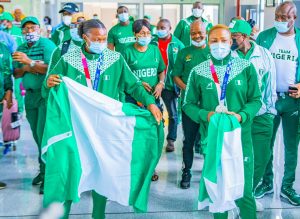 However, the statement frowned at the disqualification of 10 Nigerian athletes from participating at the olympics, urging the Ministry and the Minister to avoid the repeat of such in the future.

According to the statement, “though, despite the challenges, the Minister, Sunday Dare has proven his worth as a capable individual and a good representative of the country. We are aware that many of the athletes were able to get to final stages in their respective games. It is an undisputable fact that this is another good record for the country at the international level.”

Aigbona appealed to the Federal Government to see Sports as veritable tool to address the issue of youth restiveness in the country, just as he noted that more investment in the sector can help to curb the rising insecurity in the country.

” We applauded the support of the Federal Government and President Muhammadu Buhari for the Nigerian athletes through the Sports Ministry, but we must also say that more can still be done to adequately prepare our sports men and women for future engagement,” the SWAN President said.

Aigbona also recommended constant and early preparations – training and competitive engagements of the athletes prior to any international competition.