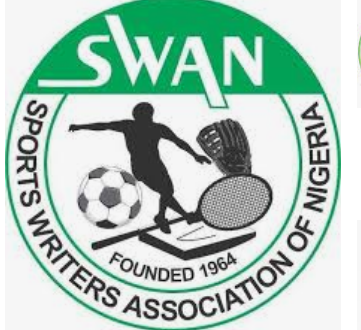 The National Secretariat of Sports Writers Association of Nigeria (SWAN) has urged one of its National Patrons, Rivers State Governor Nyesom Wike, to call to order the Permanent Secretary in his state’s Ministry of Youths and Sports, Honour Sirawoo.

The association’s Secretary-General, Mike Oboh, in a statement issued on Sunday in Abuja said it was high time Sirawoo was made to face his job in order to stop disturbing the peace and harassing innocent groups.

Oboh, who said Sirawoo who claims to lead a faction of SWAN called SWANI (Sports Writers Association of Nigeria Incorporated), has been using some security personnel to harass SWAN members.

“We (SWAN) have tried not to be bothered by Sirawoo’s activities since he was replaced in an election conducted in Abuja on October 7 of 2019, but he seems to have nothing to do other than laying claim to being SWANI President.

“A most recent instance of his indolence and acts of intimidation is that of last Friday in Lagos when he instigated some former SWAN members and some men claiming to be from the Department of State Services (DSS) to invade the secretariat of the Lagos state chapter of SWAN at the National Stadium in Lagos.

“They locked up the Lagos SWAN secretariat and tried to forcefully take to Port Harcourt a bus donated to the chapter by Governor Babajide Sanwo-Olu.

“But for the intervention of Lagos State Sports Commission officials, the vehicle would have been taken to Sirawoo’s house in Port Harcourt where he has kept to himself the two cars donated to SWAN in 2016 by Governor Nyesom Wike,” Oboh said.

The SWAN Secretary-General pointed out that Sirawoo’s activities were now a threat not only to innocent sports journalists and the sports journalism practice, but sports development in the country as a whole.

“Sirawoo thinks he has now become a lord whereby he can use some security personnel to intimidate our members nationwide, the same way he reported some senior members of the association in Abuja, Ibadan and Benin to the DSS in 2019.

“Diligent operations by the DSS then made all to realise that he was only out on a personal vendetta against these men and he had to be invited for questioning too, after the intervention of the Office of the National Security Adviser (NSA) through the Nigeria Union of Journalists (NUJ).”

Oboh stated that it was very important to let Sirawoo know that his job is now that of helping sports in Rivers state to grow to a level of justifying Governor Wike’s huge investment in sports.

“We call on Governor Wike, who is one of our National Patrons, to help see to it that Sirawoo is made to face what should be his business, and not what is no longer his business.

“If he is so much interested in sports journalism, which he has not practised in the past six years or so, he should resign his job at the Rivers State Ministry of Youths and Sports and come for registration as a member of SWAN.”

The National SWAN official then urged the association’s members across the country not to be distracted by Sirawoo’s activities, saying “his cup will soon be full”.

While asking Lagos SWAN to remain steadfast in the struggle, national SWAN also asked the NUJ to help in asking the country’s security bodies to be wary of Sirawoo and some elements within their rank being used to intimidate the association’s members.

“We believe the security personnel being used by Sirawoo are not acting under the command of their superiors who are well aware of the facts in all matters regarding SWAN between 2019 and 2021 when Sirawoo was frustrating all efforts by the NUJ to ensure peace reigns,” Oboh said.