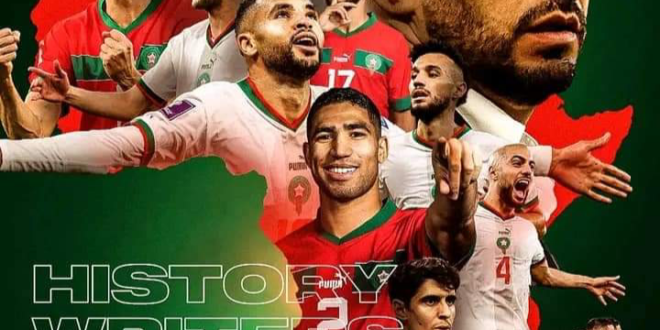 The World Stand Still For Morocco

As Cinderrella run of Morocco continues at the World Cup, Political leaders, sports stars and celebrities took to social media on Saturday night  to congratulate Morocco for its World Cup quarter final win over Portugal, making it the first African  team to reach the semi finals of the global soccer tournament.

Here are some of the reactions.

U.S. Secretary of State Antony Blinken tweeted congratulations to “the Atlas lions on their win today”.

Chad’s President Mahamat Idriss Deby said on Twitter: “Historic and extraordinary! The qualification of the Atlas Lions for the semi-final of the 2022 world is that of all Africa. Full support to the representatives of Africa for the grand finale. Africa world champion, yes it is possible inchallah!”

“CONTINENTAL HISTORY!… What an achievement by the Atlas Lions,” the Confederation of African Football said in a tweet.

Dubai ruler Mohammed bin Rashed tweeted: “No voice is louder than Morocco’s in the World Cup!” 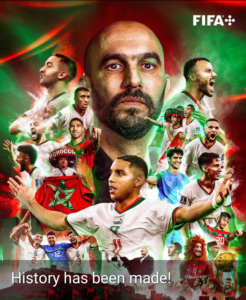 Samuel Eto’o, the former Cameroon striker and current president of the country’s football federation, said on Twitter: “Incredible! …The entire continent is rooting for you” (with a clapping hands emoji)

Pop star Shakira tweeted “This time for Africa!!” with a clapping emoji and a Moroccan flag.