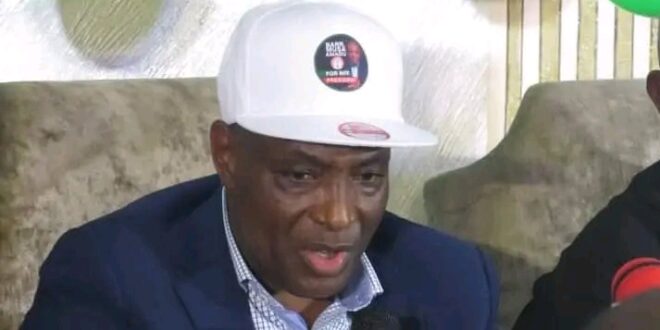 It could only be a man who has more than a vision, credibility and intergrity to attract such an high caliber people among them former chairman of the Nigeria Football Association, Alhaji Ibrahim Galadima, ex-Secretaries General – Dr Jijani Yussuf and Ambassador Fanny Amu as well as current members of the Nigeria Football Federation stormed the ex-NFF General Secretary, Barr Musa Amadu’s declaration for the NFF president on Tuesday in Abuja.

Mr Ikeddy Chinedu Isiguzo, the former Chairman, Editorial Board of the Vanguard newspapers, was the chairman of Barr Musa Amadu’s declaration that pulled up top dignitaries including the former president Nigeria Football and other Sports Supporters’ Club, Dr Rafiu Ladipo as well as the candidate’s law classmates at the University as well as his secondary school mates at the Federal Government College.

Barr Amadu, who promised transparency and accountability, said he believes in the experiences of the past in the present to build the future, and would need some of the elderly stakeholders to be there for him that he would listen.

“I will need to use the experiences of the past in the present to build the future. So, I will need you all, Sirs, to be there for me, and I will listen. You will be my Committee of Elders, and it will be the first of its kind in our clime”, said Barr Musa Amadu. 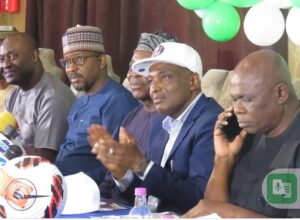 He also pointed out that the NFF relationship with the government is key, which it always run to when in need of funding for its projects, but cry foul when the government show an interest in what it is doing and call it interference. “That is enough now. We are partners. Government cares for the people. NFF cares for the people through football. We will maintain partnership and create an NFF/Government Liaison structure that is workable, as has been working in many countries I have had the opportunity to visit and understudy. It is not rocket science. We just need to get it right!

With his campaign slogan: GETTING IT RIGHT ’22, Amadu said he would give players life-defining experiences that will be unforgettable.

He said he would go to the grassroots, work closely with the State Football Associations, and unearth the best talent in the game and give them a future as well as work closely with the State FAs to enhance the principle of sport and fitness in the schools, finding the best talents not only on the playing field, but also in all other areas of football management and operations.

Worried that inspite of the legion of Nigerian players scattered in Europe and English Premiership, that the country’s football is still in the lower ebb, and why do the country have almost 1,000 footballers playing in the top leagues in Europe all over and yet can only point to THREE AFCON trophies; Amadu emphasised that “To get it right, my plan is to lead a team that must strive to achieve the “Vision to Restore Nigeria Football Glory” as espoused in the LETS GET IT RIGHT! Our players are doing well in their various clubs, Osimhen is banging in goals, as is Dennis, whose transfer fee is a staggering £20 million. Ndidi is commanding the midfield, and Bassey is the young one we are all proud of. There are many more, yet we are not ranked as the top of the game in Africa. 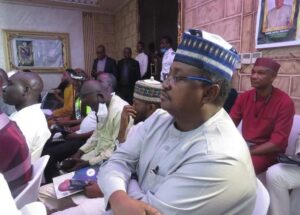 “It is time to bring those glory days back, and I will not relent until we win trophies back in this country. No disrespect to other nations, but Nigeria has to take a pride of place at elite level, making podium appearances at most tournaments at all levels”, he promised, and stated that he will set up a National Teams Management Board that will oversee all Team Nigeria matters beyond just the playing side of things, and bring back the glory days. “Those days that we got used to while I was General Secretary, must come back!

“Our women, our girls, who have brought pride to our nation on and outside the pitch deserve better. We dominated women’s football in Africa for so long, so much so that we assumed it was our birthright. And now we have seen the reality, the reality is that the
gap is closing on us. We need to step up our game, and give women’s football what it is due. Not just for the Super Falcons, but the further development of women’s football in Nigeria. We have to give local women’s football the funding it deserves and drive sponsorship towards our products, league and officials by engaging proven consultants with integrity”, he said.

According to him, the global debate on gender pay disparity is gaining ground, and that he would look at it actively with respect to the women teams.

He said, a Musa Amadu Presidency will be accountable to the nation. “We will be transparent and judicious in our use of the FIFA Forward Funds that come from Zurich; and work very hard to draw sponsorship to supplement what FIFA does for us. We will operate more transparently to earn the trust of our Stakeholders, Sponsors, Government and ultimately the over 200 million Nigerians who love the round leather game.
Again, we just need to get it right!” 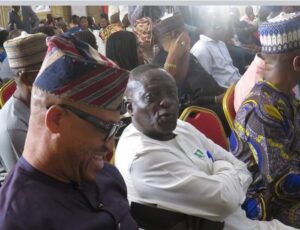