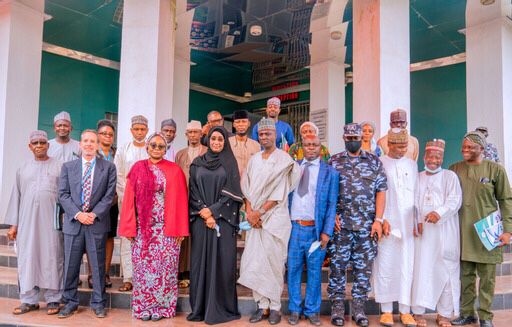 The draft, after its ratification will kickstart preparations for the repatriation of refugees from the Republic of Niger and Chad. 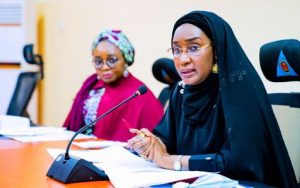 Receiving the draft on Thursday at the Nigerian Army Resource Centre Abuja, Minister Umar Farouq noted that a total of Three Hundred and Twenty-Two Thousand (322,000) Nigerian refugees were currently living in neighbouring countries. 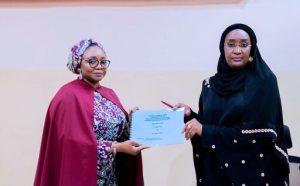 “With the large number of refugees in Niger, Chad and Cameroon, the Federal Government of Nigeria has officially initiated talks with the Governments of Chad and Niger to sign tripartite agreements similar to the one we have with the Republic of Cameroon. I am happy to inform you that we already have a draft copy of the Tripartite Agreement for Voluntary Repatriation of Nigerian Refugees in Niger and Chad Republics”.

The Minister who was hitherto the Chairperson of the TWG officially handed over the position to the new Honourable Federal Commissioner Iman Suleiman-Ibrahim.

In her address, Mrs Ibrahim thanked the minister for the confidence reposed in her and sought the cooperation of all partners in efforts to bring back the refugees in safety and dignity.

“Part of the governance infrastructure for carrying out this exercises includes the Borno State Government and some selected Federal Government MDAs as well as the UNHCR, our invaluable Technical Partner, all of who have crucial roles to play. It goes without saying that we need to work in synergy to ensure a successful voluntary repatriation in line with the Presidential directive”. 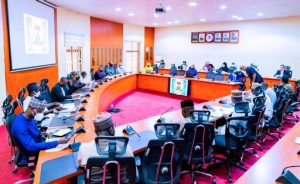 The HFC also urged members of the TWG to contribute meaningfully to discussions on updates to carry out their assignment.

The TWG is saddled with the responsibility of ensuring the safe return of Nigerian Refugees and comprises of representatives of the Ministry of Humanitarian Affairs, the National Commission for Refugees, Migrants and Internally Displaced Persons, (NCFRMI) the United Nations High Commissioner for Refugees, North East Development Commission, (UNHCR) Nigeria Immigration Service, Nigeria Security and Civil Defence Corps, Department of Security Services, National Security Agency, Ministry of Foreign Affairs, the Nigerian Police Force, Ministry of Health and the BAY states (Borno, Adamawa and Yobe).

Previous It Was Tough Decision To Leave Kwara United- Wasiu Alalade
Next 2020/21 NPFL Season, The Best In History — Shehu Dikko.