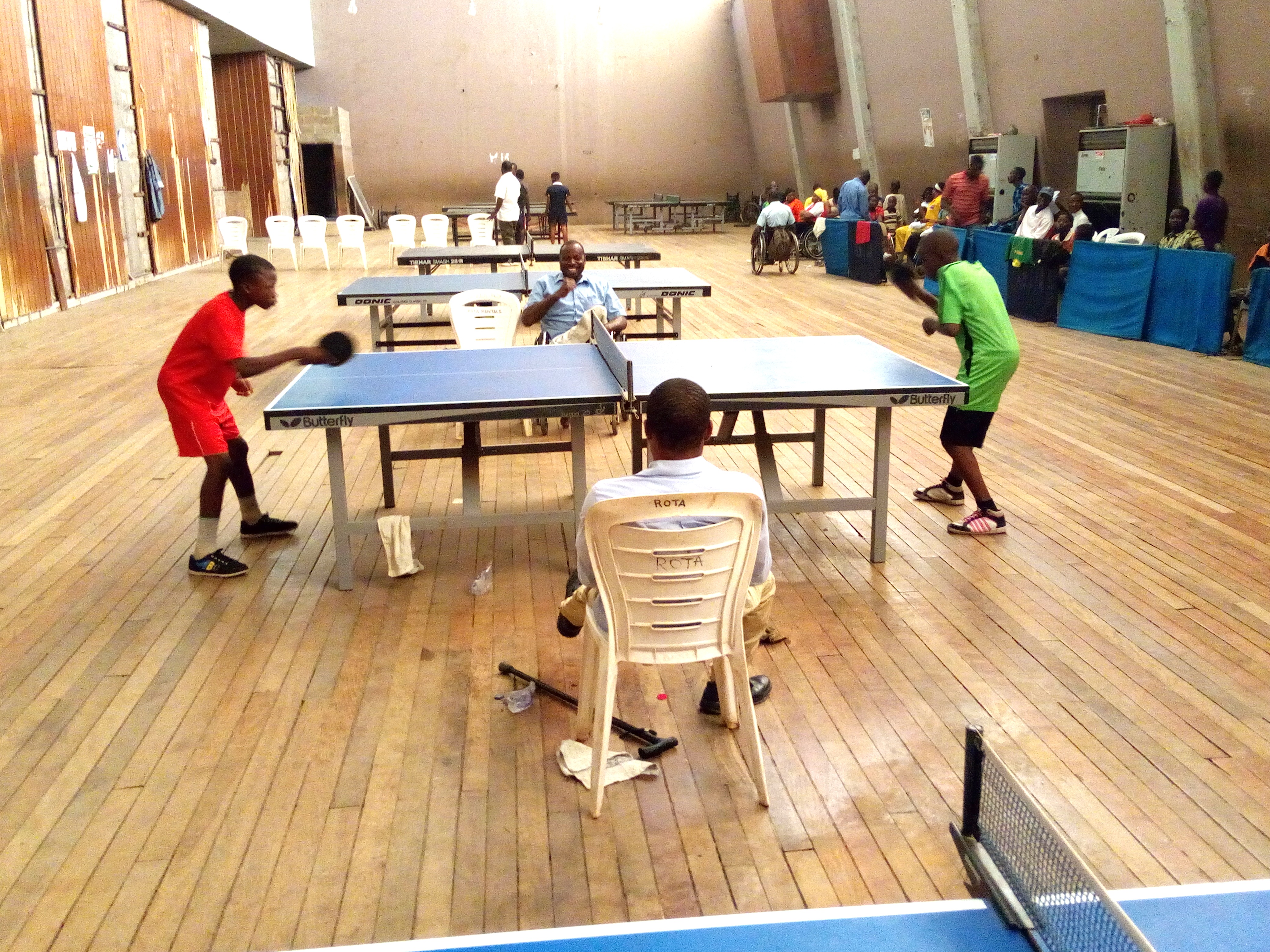 It was upset galore in Ilorin the Kwara State capital when players in virtually all the categories got shockers from lesser rated folks who shown brightly at the annual Shola Owolabi table tennis championship.

Owolabi, the proprietor of Sollamps Oil took this year’s 6th edition of the championship to launch his own table tennis club in Ilorin, with a promise to sponsor the players to any national competition of their categories in 2017. The club attracted players, male and female, all below the age of seven.

The club, launched during the final of this year’s Shola Owolabi birthday championship, was part of the activities used to celebrate the occasion.

Owolabi said that the birthday competition, which is the 6th edition, is his own contribution to the development of sports in the state, adding that he will partner with the Kwara State Table Tennis Association to ensure the success of his club and the championship. He blamed the current recession for the tourney not going national this year.

He named the Board members of the club to include Alhaji M. O. Omiata as Chairman, Engineer Baba Rabiu as Secretary, Barrister Yakub Orisankoko as Legal Adviser, Seun Raphael and Titilayo Falana as trainers and coach Kehinde Aiyelabegan as Technical Adviser.

Meanwhile, one of the products of Kasali Lasisi Table Tennis Academy, Nurudeen Soliu won the mini cadet category of the birthday competition. He defeated a more experienced and higher rated Abdulkadri Yunus in the final to win gold. Soliu as t that victory was less than six months old in the game.

Matches in the other nine categories were also decided. In the Para-table tennis Women Class 1-5, Taiye Oyinloye defeated Abibat Ibrahim to win gold. Lekan Abdullahi won the Men’s event in that category.

In Women Class 6-10, Aminat Ganiyu beat Tayo Aiyelabegan to the gold, while Abdulrahman Isa beat Felix Oyadiran 2-1 to the gold in Men’s event.

Rofiat Jimoh and Seun Raphael won the girls and boys intermediate event respectively, while Abdulkareem Baba Rabiu won the Veterans event after beating B. A. Mudashir in a highly competed final event.

Bisi Asaju defeated upcoming Rofiat Jimoh 4-1 in the Women’s Singles and the most interesting of all was the Men’s Singles final, which saw Kwara’s Taiye Jimoh defeat Solanke Azeez of Lagos state 4-0 to win the gold.

The final was witnessed by the Director of Sports, Mallam Tunde Kazeem, Chairman of the association, Hon. Whab Kayode Omotose, Dr Abdulfatai Bello, Coach Kasali Lasisi of Kasali Lasisi Academy, the Head of Coaching, Kehinde Jimoh, Olajide Fashikun, Patrons of the association and others, all of whom prayed for a long life for the celebrant.

Meanwhile, the General Manager of the Nigeria Sports Development Fund Inc. (NSDFI), Mr Olajide Fashikun has pledged that his organisation will strive to support the organisation of the tournament to become a national event as from next year. By that time, many of the kiddies we will be breeding would be able to use this tournament to prepare for their league which is expected to commence in February 2018.

The former Zamalek SC of Egypt handball star and captain of the Nigerian national team said, “We will provide logistic and cash support to this tournament as our own contribution to meet the ambition of the sponsor to make the event a national open tourney by the grace of God.”