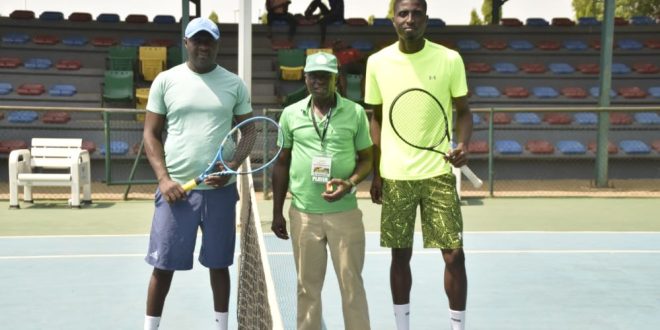 Nigeria Junior international, Wilson Igbinovia was on fire yesterday at the ongoing Vemp Tennis open as he romped into the quarter final with an awesome 6/4 5/0 rtd against Phillip Sunday.

The Obalende boy from the Igbinovia tennis dynasty said he wants to re-enact the family name in the racket game by winning his first senior national title.

Wilson gave an inkling of what to expect at the championship when he dismissed top ranked Nonso Maduake 7/5 6/3 and said he is ready to take on any senior player having reached the final of the Dala Hard Court where he lost to Joseph Imeh in the final.

He said he is ready to take on any player this time around with the same mind, focus by putting all ball in play and match their standard.

“I just want stay focused, play all the game, not scared and match their standard. For every match, everyone is a threat and a challenge no matter the game,”.

I am meeting Chima Michael who is number 9 in the ranking in the quarterfinal and am number 10 I believe it is going to be 50, 50,” he quipped.

Wilson said his target his to win this time because he lost to the defending champion, Joseph Imeh in the final at the last edition.