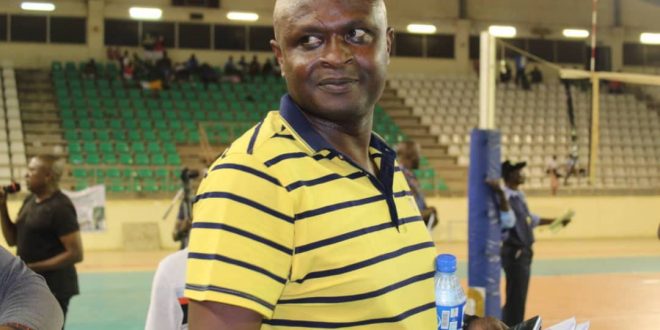 The secretary Of Nigeria Customs Service Sports, Samuel Onikeku is optimistic Custom Team will surely retain the title as defending Championship of the Volleyball Premier Leagues.

Customs teams both male and female team will top the league in this year premier league.

“This year  we want to continue to do what we know how to do best we want to be the first in the male and female position.

“The players have been training tediously for the past one month morning and night to have a successful record to be ahead of every contestants.

“We  know how important this  league especially for our male team which will we retain the title.

“The female will also record their success by winning the trophy. We didn’t only  have an edge but we are always prepared whenever we have any competition.

He added that the team has received all the necessary support to make them to give their  best.
“The Director General of Nigeria Customs Hameed Ibrahim Ali always gives us the maximum support that we required and to make sure that we don’t lack anything.

“We have no choice than to perform, we do not lack anything for competition either equipments finances , allowances or accommodation we do not lack.

“Everything that have to do with sports we always received accelerated delivery and answers,”he said.

Also speaking the Coach Custom Service Priscilla Agera said the both
teams (male and female) have work hard and ready to commence the second phase of the league which will kick off on Sunday.

“We will fight to win every of our games which is also the same desire of every coach, but we will stand out in our games, we are not threatened by any club.

” We had a lot of rigorous training ahead of the championship, we have some friends matches to check your level of readiness.

” Every player in the male and female team are determined to give their best to lift the trophy as the winner,” she said