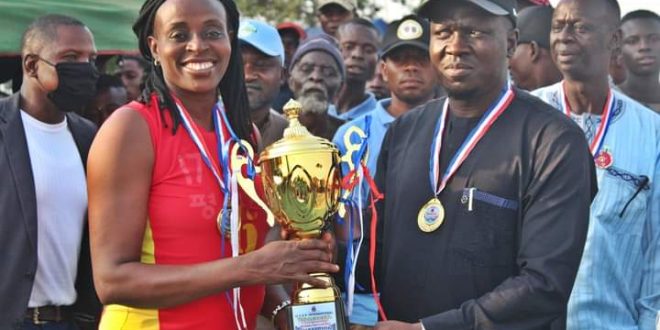 Sunshine Spikers of Ondo and Plateau Rocks are champions of the men and women’s category of the just concluded 2022 Regional Unity Invitational Challenge Cup in Oloru, Kwara State on Friday.

The Captain of Sunshine Spikers, Daniel Nathaniel commended his teammates for not giving up in the fourth set.

The National team player said, “I am happy Sunshine Spikers won their first trophy in 2022; this trophy will inspire us to play better this season”. 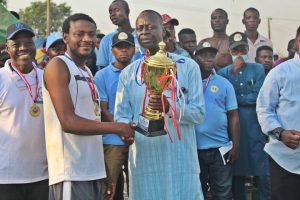 The assistant coach of the National U18 Girls team said, “Some of the girls that played the finals are still in secondary schools. I tried an experiment of blending the few senior players and young players at the challenge cup and it worked. This is the revival of Plateau Rocks women’s team in Nigeria.

Meanwhile, Sponsor of the Challenge Cup, Engineer Suleiman Rotimi Iliasu told newsmen that he is impressed with the turnout of players, coaches and spectators.

Engineer Iliasu said the 3rd edition of the Regional Unity Invitational Challenge Cup was made possible by Kwara State Governor, Mallam Abdulrahman Abdulrazaq who is an advocate of youths in government.

The Kwara State Commissioner for Works and Transportation said, “I am happy with the turnout of National team players (Junior and Senior) and young volleyball players playing on the same court. The game of volleyball has come to stay in my home town and next year’s challenge cup will be bigger.”

Previous We Will Support Sports In Nigeria And Africa….ATTIA NASREDDIN
Next Minister Flags Off Training Of 37 Master Trainers For N-Skills Programme.