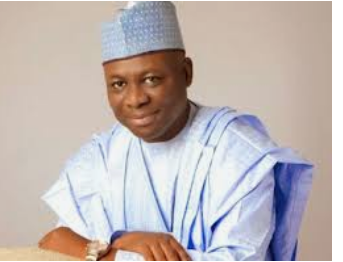 WA,CAA: Only Gusau Can Send Entries For World Relays In Poland

Editor1 April 20, 2021 Sports Comments Off on WA,CAA: Only Gusau Can Send Entries For World Relays In Poland 168 Views

Hope is not over for Nigeria’s participation in the upcoming 2021 World Athletics Relays billed to hold in Silesia,Poland from April 26 to May 2,2021 following the condition given by officials of the African Atheletics(CAA) and World Atheletics (WA)on Tuesday in Abuja.

A source told Gongnews.net. on Tuesday during a crucial meeting between officials of CAA and WA with waring factions of the Atheletics Federation of Nigeria (AFN).

The source added that it is only the recognised president of the AFN that can send entries to the event.

When probed further, the source added that officials from the World and Continental bodies made it clear that without prejudice to the various courts rulings,Ibrahim Shehu Gusau remains the president of the AFN.

“The Officials gave us (Nigeria) hope to send entries for the World Relays in Poland but with a caveat that only the recognised president of AFN that can send entries again, they made it clear that it is Ibrahim Shehu Gusau that is in charge of AFN, excepts the court says otherwise.”

The officials had met with both factions of the AFN along side officials from the Sports Ministry who were armed with relevant documents to back their various claims.

It could be recall that the lingering crisis took a new twist last July when the Federal High Court sitting in Abuja and the Court of Appeal,Abuja division reaffirmed that Ibrahim Shehu Gusau remains the president of the AFN as against the choice of the Sports Ministry,Olamide George.

The Officials from CAA and WA later paid a courtesy visit to Nigeria’s Sports Minister, Mr.Sunday Dare in his office.

Previous Tribunal Verdict: Reflection Of Rule Of Law And The Wish Of My People… Akeredolu
Next SWAN Remains Dependable Partner With Youth And Sports Ministry, Restates Confidence In Sunday Dare