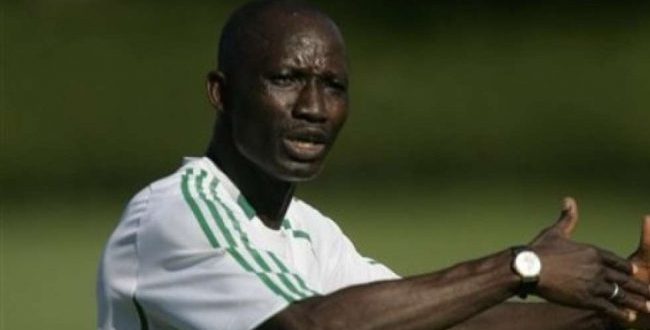 WAFU B U20 Championship: Flying Eagles Set To Depart on Thursday

Editor1 April 26, 2022 Sports Comments Off on WAFU B U20 Championship: Flying Eagles Set To Depart on Thursday 12 Views

Bosso told journalists on Monday at the FIFA goals project football pitch Abuja after their evening training session that the Nigeria’s U-20 team has been confirmed departure on Thursday.

The Flying Eagles would face football rivals, Ghana in their opening Group B game in May when the WAFU Zone B qualifiers begin in Niger Republic.

The tournament which will be held in Niamey, Republic of Niger, from May 7 to May 20, as a qualifier for the U-20 Africa Cup of Nations.

Bosso said the teams resumes camping in Abuja since on April 19 ,with 56 players and we started to cut them gradually.

“ we have started the camp barely a week now, we have played three matches, we won all the game.

“ We just finish the seventh training session this evening. We have started to see different in teams than when we starts ,today’s training session shows that the boys are good to go,” he said.

He said they have played three friendly matches since the resumption of the camping.The first friendly match was 2-2 draw for those that came for screening.

However,We will be Playing City FC tomorrow at 4pm at the main bowl at Moshood Abiola National Stadium, Abuja.