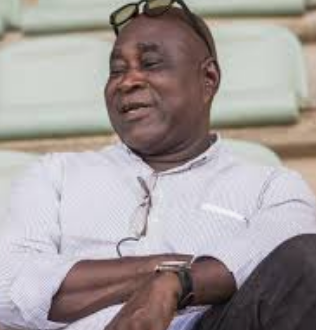 We Want To Win Aiteo Cup…Soleye

By Olayinka Elebute And Francis Oluwole
The General Manager of Gateway United football club of Abeokuta, Mr Olaniyi Soleye,  has sounded a note of warning to all other clubs taking part in the Aiteo Cup 2021 edition.
Speaking with journalist,  the experience football administrator said his team want to go all the way to the finals of the Competition and also to win it just like Leventis United football club stun Nigeria in the 80’s
“Our target for the Aiteo Cup is to take the game as it comes, but by the special grace of God we want to play in the  cup finals.”
“If you can recollect  in the 80’s a team in Ibadan from 3rd division then Leventis United and incidentally I was the secretary of the club then we came from 3rd division we defeated Shooting Stars Ibadan, Rangers International of Enugu, NNB of Benin and so many big teams then and we went on to  win the challenge cup in 1984 and we were able to represent the country in 1985 in the Souku Toure cup as Nigeria representative”.
Speaking on his team feat of shocking defeat to the current league leader in the round of 32 of the Aiteo Cup in Abuja, the former secretary of defunct Leventis United football club he said.
“When we heard about the draws we have to call the boys together and tell the boys to give their best against Akwa United, the current league leader with their current form and we told them to play well, the victory is fantastic to us and its not only to Gateway United but to all our teaming fans and especially the state government who owns and finance the club.
And I think with our performance against Akwa United we are more focus on the next game and we will take every game as it comes and our target if the final of Aiteo Cup he concluded.