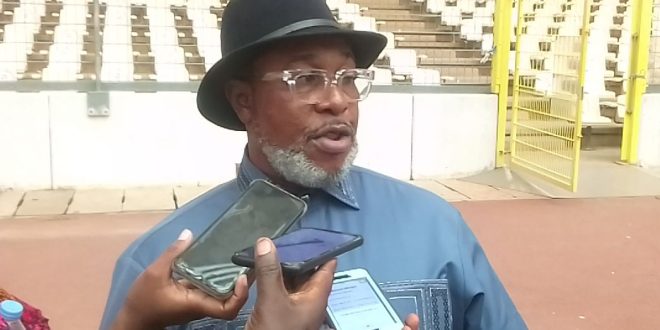 We Will Present The Future Athletes—- Okowa

The President of Athletics Federation of Nigeria (AFN ), Tonobok Okowa said competition will help to select athletes that will represent the country in future International competition.

Okowa disclose this at the closing ceremony of the third edition of ‘All comers’ National athletes championship on Friday at National Stadium in Abuja.

According to him ,The first All Comers competition began at the Samuel Ogbemudia stadium in Benin in March while the second one is Lagos in April this year and third now in Abuja.

“ The objectives is to select the Athletes that is going to represent Nigeria in the forthcoming 22nd African Senior Athletics Championships scheduled to hold in Mauritius.

“New athletes were discovered and picked they making waves competing with the older athletes coming out with a given better time than the formal in the grassroots sports development.

The 22nd African Senior Athletics Championships scheduled to hold in Mauritius from June 8 to June 12.

“The major challenge of the athletes in Nigeria is lack of facilities to train ahead of any major competition,”he concluded.

Also speaking Samuel Onikeku, the technical director of AFN, said that the objectives have been achieved

“We have discovered some athletes and latest by Monday they would be going for camp.

The athletes are going to camp immediately before the next championship in Benin that is the area we will be discussing during the meeting.

“Ahead of the Commonwealth Games, many of the athletes have made the standard they will be going to Africa championship first in Mauritius in June.

“We appreciate the lord that the event went smoothly for two days and no accidents, injuries, nor casualties,” he said.