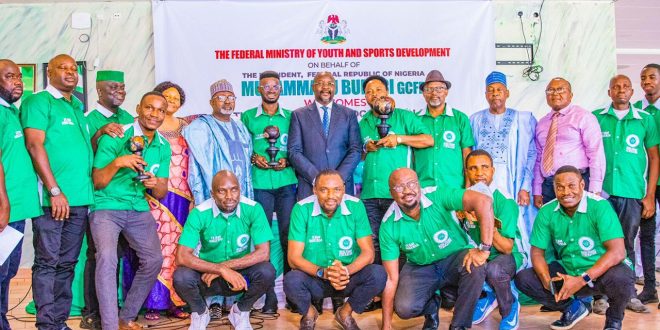 In his remarks, the Ministry’s Permanent Secretary, Ismaila Abubakar lauded the team’s tenacity, emphasising that their commitment and determination ensured they surmounted all odds to do the nation proud in Accra, Ghana.

The Minister commended the team, stating the confidence displayed during their training sessions paid off, resulting in their spectacular performance at the Championship. He charged the team to find and groom young scrabble enthusiasts that will in no distant future replicate their feat, but also take it a notch higher and put Nigeria on the continental and world map of scrabble champions.

Nigeria is now rated as the the number one scrabble playing nation of the world, having 8 players in the top 20 in the world.

The Nigerian team won 9 out of 10 available awards at the West African championship.