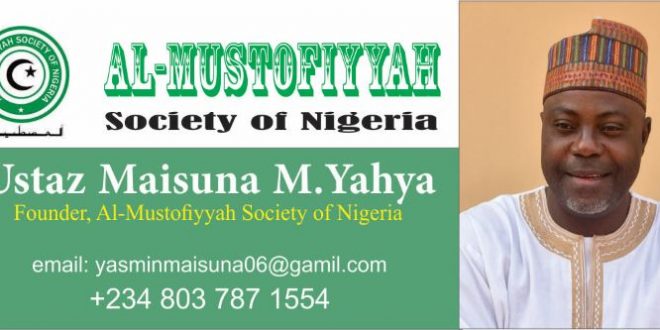 WHAT ARE THE BENEFITS OF RAMATHAN TO MUSLIMS? PART – 3 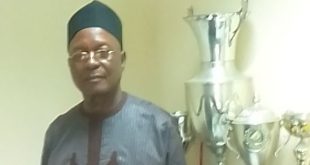 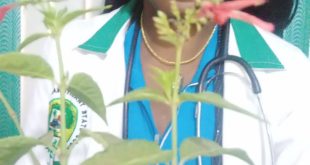 Why You Must Eat Amaranth Leaves. 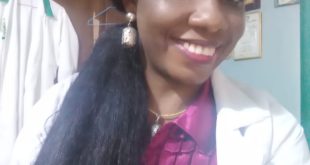 Ramathan in its truest contains uncountable benefits or significances. Indeed, every Muslim who engages in the fast with sincerity, great commitment and faith, will always achieve the best of its significance. The discussion on this theme will be done under the following sub-headings:

Discussion on benefits of Ramathan must include its spirituality. Most importantly, it is an established fact that any act of (Ibaadah) without God-consciousness (Taqwah) is a fruitless exercise may result to non- reward able act. Allah says: O you who believe! Fasting is prescribed for you so that you may be conscious (of Allah)(Q2:183).In Ramathan, Muslims strive harder to in increase the level of  Allah’s consciousness in them by engaging in different positive acts of worship; all to the tune of elevating their believe. Shiwani, (Islamic finder.org) Indeed, the activity (Ramathan) entails immense spiritual benefits that lay the foundations for the spiritual uplift we witness during the month. In Ramathan, Muslims are able to control their desires of pleasure thereby drastically reducing the level of commitment of heinous sins: promiscuous sexuality, intoxication, drug addicting and kidnapping; even fraud committed in offices by government workers: and as well in private sectors. The soul is the individual that compels them towards their animalistic desires, while each individual is responsible for controlling and overcoming these desires( Shiwani Islamicfinder.org).One hilariously astonishing question here is: If all these odious can be deserted for a whole month, why not for a whole year, and of course throughout one’s life time? On the other way, why will we not maintain the good acts throughout our lifetimes as we consciously patiently do in every season of Ramathan?

Inside vehicles, during office hours, at the shopping malls and market arenas, within the four walls and the premises of Mosques (Masaajid), at the airports and even inside aircrafts, at motor parks and garages, inside living rooms and elsewhere, Muslims engage in the continuing and uninterrupted recitation of the Noble Qur’an. Allah’s statement states: The month of Ramathan is that in which the Qur’an was revealed…. (Q2:185).According to the writer, the connotation on why prompt and unrelenting recitation of the Noble Qur’an in Ramathan does not seize may not be farfetched from the emphasis of its revelation in Ramathan. However, most appropriately is the fact that Qur’an is the Book of all seasons; not just the season of Ramathan as misconstrued by many. Continuity as such in Ramathan, is an abundant prerogative action.

Allah’s mercies are usually implanted in a group of people whose relationship is cordial, sincere and loving. Tarawih, like five daily prayers, gathers Muslims of different status and caliber for the same purpose, beseeching Allah for its rewards, which includes forgiveness of sins. Tarawih is therefore peculiar to Ramathan as no other Islamic month entails Tarawih. In Tarawih, both Shaf’I and Witri are also observed congregationally of which such is not done outside Ramathan. Doing so congregationally, is another benefit of Ramathan to humanity of Muslims.

Globally, Muslims devote their times to listening, watching and participating in Tafseer  in the month of Ramathan .It is very uncommon to see the gatherings of Qur’anic exegeses spots, retaining large number of people as organised by the exegetes. Perhaps, except if enticing material things are attached. Were you about to ask such as what? Yes, such as money, body and footwear, food, recharge cards, gift items, scholarship etc.  Ramathan, without mincing word, is a beneficiary month to Muslims in particular, and human race in general in terms of participation in Qur’anic exegesis (Tafseer). Allah says: The month of Ramathan is that in which Qur’an was revealed, the Qur’an, a guidance for the people and clear proofs of guidance and criterion…. (Q2:185).

As discussed in the last part, other unique benefits of Ramathan includes: Private seclusion (I’htikaaf), vigil (Tahajjud), and intensifying of charity. All these are activities that are epitomised in the month of Ramathan.

It is a type of charity given by every Muslim: young and  old, male and female, free and slave; at the completion of every Ramathan .Food items consumed by the giver is expected to be given to the recipients of this charity .In Nigeria, for example, rice, maize, guinea corn, millet, Gari etc. A puzzle sets in here. Now that there is lockdown, due to COVID 19, in almost every part of the world, then, give it out, some three days before the Eid day; as advised by Prophet Muhammad (SAW)? On the other hand, what happens, if the means of buying the food stuff is slim? Therefore, the means of giving it out must be designed. Possibly to be bought the day government eases the lockdown and give it to deserving recipient(s), at least three days before the Eid-day. Zakat al-fitr was made obligatory in the month of Sha’b an in the second year of the migration (Hijrah) (As-Sayyid Sabiq, Vol.87). Its benefit is to purify some of the indecent vulgar speeches; and it aids the Muslim indigents in order to make them happy on Eid day. Part of the benefits of Zakat al- fitr is to earn Allah’s reward. Abu Dawud, Ibn Majah, ad-Daraquni from Ibn Abbas. The Messenger of Allah, (SAW) enjoined Zakat al-fitr on the one who fasts to shield one’s self from any indecent act or speech and for the purpose of providing food for the needy.

In Ramathan, economies of every nation or country where Muslims reside usually improve greatly. Unarguably, radio and television stations receive more of adverts and sponsorship of Islamic programmes in the month of Ramathan. Around the world, stations like: Aljazeera, Islamic Channels, Nigeria Television Authority (NTA), Silver bird, Ummah TV,MTA- Muslim TV in United Kingdom, ILM Radio launched in 2009. Africa Independent Television (AIT), newly launched via Star Times is the Ibadah TV. Some of these sponsorship are both local and international, in which such programmes and adverts were not received before Ramathan. Also, communications companies: MTN, GLO, airtel, 9mobile receive the benefit of Ramathan in terms of having increase in customer ship. The customers who purchase recharge cards in order to greet their loved ones in a simple way of saying: Ramathan kareem, while some others boarder further to give calls. As for radio and TV programmes, recharge cards were given out free to callers who answered quiz questions correctly. National newspapers also usually have their own shares of advertising products, such as food and drinks for both Sahuur and Iftaar.

Besides, those who sale brocades, wear, yards, shoes, beautification materials etc. they do have their own chunk of shares,  as their customers increased while they(customers)purchased the materials for themselves, family members and friends, and sometimes, for members of their extended families. Allah says: Surely, they who recite the Book of Allah and keep up prayer and spend out of what We have given them secretly and openly, hope for a gain which will not perish (Q35:29).

Islam is full of civilities as it trains, teaches and disseminates such information in various portions of the Glorious and teaches same through various traditions (Ahadith) of Prophet Muhammad (SAW).

Unity  and Harmony: Ramathan changes attitudinal behaviour of Muslims from negative to positive, and from positive to an improved positive .Take for example, miser Muslims tend to give out in Ramathan no matter how small the gift or charity is. This single act bridges and solidifies relationships, improving the human socialization and civilisation. Successfully exhibited are these traits of unifying Muslims and creating harmonious existence due to the Islamic teaching of empathy and sympathy. Fasting ensures harmony and unity of the society. The sense of empathy that invokes due to fasting helps the faster  to understand the other people better and makes it easier for them to make friends and socialise.( Qur’an reading)Without fasting, especially  Ramathan, the bite of hunger and the demand to quench a thirsty moment might not be felt so greatly, were it be that fasting of Mondays and Thursdays, Tas’ua and Ashura, fasting every other day, and that of 13th,14th and 15th of  every Islamic month are the only periodical fasts available in Islam. Unlike Ramathan that is consistently constant, one month at a stretch is enough to establish the ethics of Islam, empathy, sympathy, care ,love, unity, and cordialness as taught and . Practiced by Prophet Muhammad  (SAW).The social benefit of Ramathan extends to given free food, water, fruits, and other consumable items to indigents among our neighbours, friends, extended family members, working colleagues, and most interestingly rewarding, the people that we do not know, among them are passers-by. The Ramathan of year 2020(1441A.H), despite the challenge of the pandemic COVID-19; palliative and relief packages were disbursed by individual Muslims and many Islamic societies and organisations, to many other Muslims; and by extension to non- Muslims. Muslims who did this acts perhaps, have at the back of their minds the interpretation of Allah’s Qur’anic verse: Then give to the near of kin his due, and to the needy and the wayfarer; this is the best for those who desire Allah’s pleasure, and these, it is who are successful (Q30:38)

Longing for worldly frivolities, in a bad temperamental ways are reduced drastically during the period of Ramathan. In addition, people tend to endure, persevere and control their anger during this month. An argument ensued between a commercial driver and a passenger, as erupted by the issue on one thousand naira note offered to the driver by the passenger.            Interrogative questions were posed by both: Where do I find change? The driver quarried! Then do I go with the money? The passenger demanded! Are you trying to be a thief, or already you are?!         You needed to be slapped, said the driver. The passenger said, if even you slap me, I would not retaliate, for I am a fasting Muslim. That statement ‘I am fasting’ was taught to Muslims by Prophet Muhammad (SAW) whenever a disputing matter tenses, such as the above scenario.  By the statement, the whole argument quenched and the issue settled, while the driver went to look for change. Ramathan is definitely a teacher of: patience, endurance, perseverance, temper, and social cordial relationships and spiritual upgrading as it also boosts economy of every nation where Muslims are..How well have achieved most of these benefits in Ramathan and beyond Ramathan?

Your Health Is Your Vehicle To Life

By Dr. Eseosa Edokpayi Nwoji. If you must enjoy life to its …