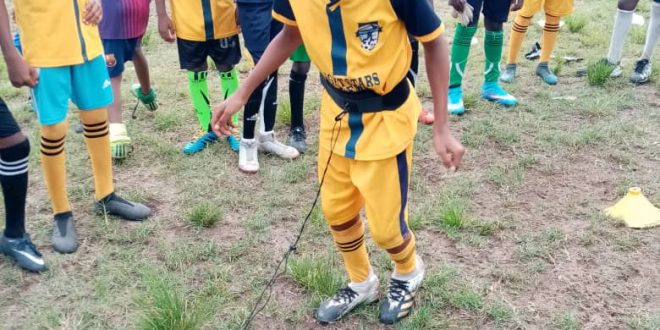 The Sporting Director of Bright Stars Football Academy, BSFA, Satellite Town, Lagos State, Franklin Ibojo has given reasons the Academy is distinct from other Academies scattered allover the country.

The Academy an affiliate of First Bank PLC has been in existence for close to a decade and trains at the First Bank Sports Complex, Lagos State. The Academy has over 150 students and they every Saturday and during holidays.

Ibojo, a grassroots soccer tactician, while speaking with sports journalists recently said the uniqueness of the Academy is due to the fact that students of the Academy are exposed to modern training techniques at a very tender age so when they grow up they won’t find it hard when they eventually grow up to pursue professional playing career. 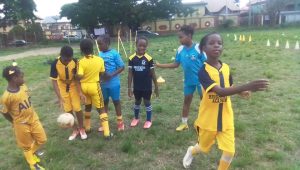 He stressed that apart from the aforementioned the Academy was set up to curb the falsification of ages of some players. He argued that some Nigerian football players falsify their age at youth level with the assistance of their parents and some bad agents, but when they are expected to flourish they will disappear into oblivion even playing in wartorn countries just to eke a living.

On the way out of this quagmire he argued this: “We have to go back to grassroots, that’s where Academies like us count, because before you are admitted into Bright Stars Football Academy, one of the criteria is that we must see the original copy of the birth certificate of an intending student, what that means is that in future you can’t falsify your because we can always tell the world that this player once trained with us he is not the age he claims he is.”