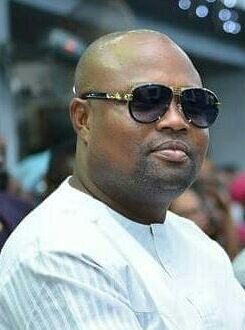 Chairman City Fc Football Club of Abuja,Chidi Okonkwo, has charged the Super Eagles to ensure victory against the Black stars of Ghana in their Qatar 2022 world cup qualifier playoff

The first leg of the match is slated to take place in Kumasi, Ghana on ( Friday) March 25, while the return leg takes place at the Moshood Abiola national stadium, Abuja, Four days intervals from the first leg on March 29.(Tuesday)

both teams have equal opportunity to win as far as the game was concerned, adding that there was nothing like home advantage.

“ There is nothing like home advantage in the World Cup qualifying between Ghana and Nigeria as both teams are likely to outclass each other,“he said.

He said that the match is not about home advantage but about good preparation, adding that the better team will carry the day.

Okonkwo advised the Super Eagles not to relax” if they can defeat Ghana in Kumasi,Ghana can also come to Nigeria and win the game too.

“It’s a game of adequate planning and preparation ,” he said.

The City Fc Chairman said that the home based players must always convince the coach before they can be invited to the Super Eagles.

“They need to first have a standard, they need to have a better standard than the players coming from the European leagues,“he said.

“I am a preacher of the inclusion of local players in the Super Eagles team , but they need to first have a standard,“he said.

He advised that sentiments must be put aside when it comes to building a formidable football team.

Okonkwo said that if Nigeria secures the ticket, the coaching crew may look into the possibility of bringing local players into the team for the World Cup proper.

“The time for this game is short and it is a game of pressure and we are playing against Ghana and they need the very best of legs to win the match,” he concluded.