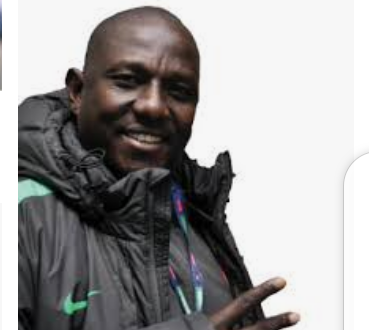 Former Nigeria International Patrick Pascal, has made it clear that the Super Eagles Major priority is to secure 2022 World Cup tickets in Qatar

The Super Eagles coordinator told Journalists in Abuja that our target is to play the final match of the 2022 Africa Cup of Nations  (AFCON) in Cameroon next year.

“Our concentration will be on the group matches first, when you win matches in group stages you move to another level.

‘We need to double our efforts because we don’t want to underrate any country, we are going to work and work to maintain our position in the continent.

“When you are going for the competition every teams has a mind to win the trophy.

While speaking on the neglect of grassroots football in Nigeria

He said there are need to go back to the  grassroots to scout for players for major International competition at the youth level.

“We need to go to grassroots which is the genesis of recruiting players for future competition.

“Players like Victor Osimen he’s from the grassroot, he grew  from under 17 ,20, 23 and now he’s playing for the Super Eagles and he’s still young.

“Osimen  plays as a striker for Serie A club Napoli, Italy. We have  Samuel Chukwueze who plays plays for Spanish club.

“They are young they all came out from grassroot, everything that we will do is that we should not forget about the grassroot,” he said

He added that  the most important thing is that  Super Eagles have players that can play for a decade for Nigeria and also win  laurels for themselves and the country in the future, he concluded.