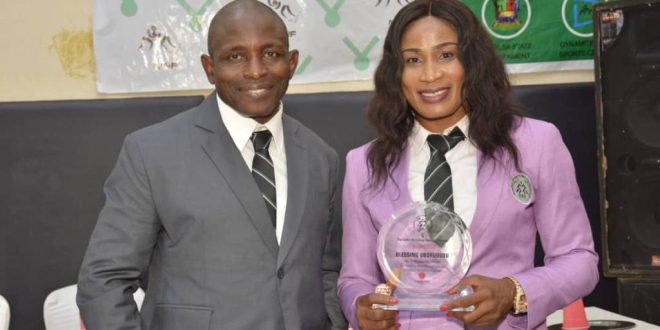 President of the Nigeria Wrestling Federation (NWF) Hon. Daniel Igali has described the outgoing year 2021 as ‘one of the best years’ in the country’s history as far as the sport is concerned.

Similarly, African champion Esther Kolawole, 19, also made history by becoming the first Nigerian medallist at the U-23 World Championships, after winning a bronze medal in the 57kg event in Belgrade, Serbia last month.

Reflecting on the achievements of Nigerian wrestlers in 2021, Igali, an Olympic and World Champion himself, added that the country is now in a good position in global wrestling, while looking forward to 2022.

“2021, no doubt, was probably one of the best years in the history of the Nigeria Wrestling Federation,” the Bayelsa State Commissioner for Youth and Sports stated. “It was the year Nigeria won a silver medal at the Olympics.

“Kolawole Esther also went to the U-23 World Championships (in Belgrade, Serbia) and won a bronze medal. That is also the first medal we are winning at that level.

“So, to win two world-acclaimed medals at the Olympics and the World Championships, was just the icing on the cake.

“And that’s not to take away from our female team also emerging as 11-time African champions in a row. Unbroken record, never achieved by any other wrestling team, and I doubt, any other sports team in recent memory in Nigeria.

He added: “So, with that, I think we are in good stead.

“We’re looking forward to 2022. You know this is another big year for us.”