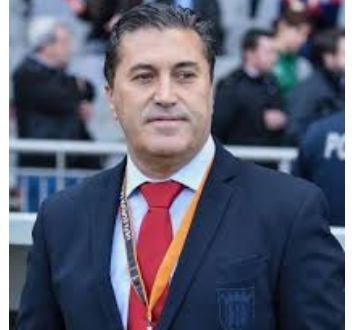 You Can Take Another Job Pinnick Tells Jose Peseiro

Editor1 February 7, 2022 Sports Comments Off on You Can Take Another Job Pinnick Tells Jose Peseiro 17 Views

President of the Nigeria Football Federation (NFF), Amaju Pinnick, has told Portuguese coach, Jose Peseiro he can take another job ahead of Nigeria’s 2022 FIFA World Cup qualifier against Ghana in March.

Peseiro was expected to take charge of the Super Eagles after the 2021 Africa Cup of Nations (AFCON) in Cameroon.

However, Interims head coach Augustine Eguavoen had put himself in the frame to get the job on a permanent basis following Super Eagles’ elimination from the AFCON.

But Pinnick has now confirmed that the NFF is yet to officially sign a contract with Peseiro.

“I am still talking to him [Jose Peseiro], maybe he has to wait till after the World Cup qualifiers [against Ghana],” Pinnick told Channels TV.

“If in the course of his waiting, he got another job, we wish him well.

“The good news is that we did not sign the contract officially.

“We don’t want to rush and make a hasty decision considering the circumstances.

“We have to do what is best for the nation.

“And we work in harmony with the sports ministry, which represents the government.”

Previous Go Make Us Proud Again:Igoche Mark Charges D’Tigress,Promises to Clear All Outstanding Bonuses
Next My Aim Is To Develop Basketball At The Grassroot