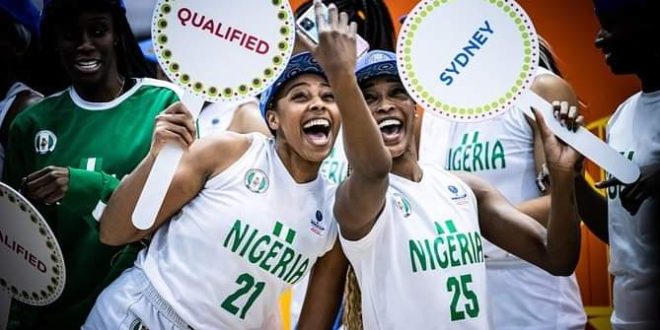 The President of the Nigeria Basketball Federation NBBF,Mr Igoche Mark has again saluted the astounding performance of Nigeria’s Senior Women Basketball Team,D’Tigress after they defeat Mali 73-69 on Sunday at the ongoing FIBA Women World Cup Qualifiers in Serbia.

The ladies wasted no time in the game as they dominated in all the quarters.

Saluting the African Champions,the NBBF President,Mr. Igoche Mark said the victory of the team means that ladies are destined to rule the world.

“Champions of Africa,you have done it again, your victory today against Mali was astounding.

Your performance in this qualifiers is a testament to the fact that you’re destined to rule the world.Thank you ladies for putting the negative past behind you.Continue to excel as Champs!
Let me assure you,under my leadership,Basketball will become the number one sport in Nigeria.”Mark stated.

He assured the team that they will surely participated at the FIBA World Cup in Australia later in the year,advising the team to disregard contrary reports about the nation’s withdrawal from the tournament.

Previous Medal Galore For Team Red Crown On Day 2 Of The First Ever Valentine Road Race.. . James Amidu
Next Why You Must Eat Amaranth Leaves.