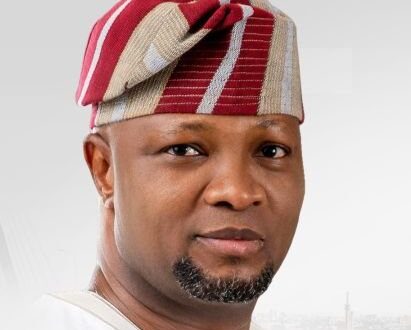 Governorship candidate of the Lagos PDP, Abdul-Azeez Adediran (Jandor), has promised the state’s residents of his determination to run a government with the fear of God.

Mr Adediran, who spoke when he took his campaign to the Epe division on Sunday, said his ambition was to liberate the state’s people and deliver them from oppression.

“I am assuring you that our government will be run with the fear of God,” Mr Adediran said in an interactive session with the League of Imams and Alfas in the Ikosi Ejinrin area of Epe Local governments

He promised that his government would change the face of governance in the state if elected in 2023.

“I will run people-oriented government and provide quality education for our children,” said Mr Adediran, the lead visioner of the Lagos4Lagos Movement.

Mr Adediran, while addressing PDP supporters and members at the party’s secretariat in Agbowa-Ikosi, said governorship candidates must be familiar with the states they wanted to govern.

He said he decided to tour the 245 wards in the state to know the challenges in all the areas.
Promising to prioritise the welfare of the people if elected, the governorship candidate pledged to invest in education, infrastructure, security, and youth development.

Also urging residents not to sell their votes to moneybags who would come to buy their conscience, Mr Adediran pleaded with the electorate to vote for PDP candidates at the national and state elections.

He added that he would ensure contractors employed 30 per cent of the youths in each area to empower them.