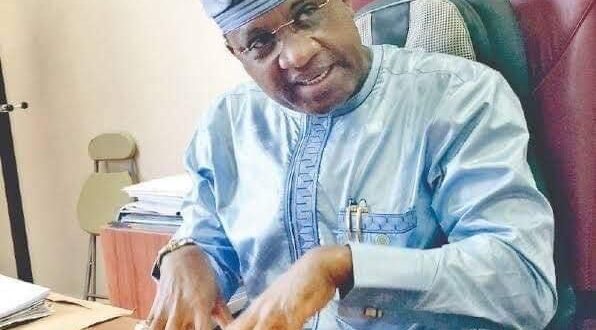 No Opposition In Zamfara, Concentrate On Other States, Marafa Tells Tinubu

THE Coordinator of the All Progressives Congress, APC, presidential campaign council in Zamfara State, Senator Kabiru Garba Marafa, has urged the Presidential Candidate of the APC, Asiwaju Bola Ahmed Tinubu to concentrate on other states, saying there is no opposition in Zamfara State.

Marafa, while speaking during the launch of the Tinubu/Shettima campaign in Zamfara, said by Allah’s grace, the people of the state will overwhelmingly vote for Tinubu during the February 25, 2023, presidential/ national assembly elections.

The former lawmaker also urged the Zamfara State governor, Bello Matawalle, who is the coordinator of the Presidential Campaign Council in the North West geopolitical zone to concentrate on the six other states in the region.

While urging Governor Matawalle to allow the PDP candidate, Dauda Lawal, who he described as a friend and brother to return to APC, he said the PDP in the state has since realised that there is no vacancy in Zamfara State Government House.

“As Muslims, our religion teaches us that we should love our brothers how we love ourselves. This is why I’m calling on the state Governor to give our brother a chance (PDP governorship candidate, Dauda Lawal) to return home.

We will give him two to three weeks to come and seek forgiveness so that we can forgive him. Let him return home so that we can work together,” he said.

On the Zamfara governorship election, Marafa said there’s no vacancy in the state government house.

“A brother of mine told me leadership position is like a seat in a barbing saloon. When a customer finishes his haircut, another will sit on the same seat to also have his haircut.

“Presently, someone is sitting on the Zamfara State governorship seat. Bello Matawalle is the one Allah SWT has given it to. With what we saw today (the multitude of people that came out to welcome them) anybody thinking he wants to occupy the seat should have a second thought. Wait until he (Matawalle) finishes his second term in office, you can then vie for it. But presently, you (Dauda Lawal) have not learned enough, you need to come back for more training” he said.

He challenged the candidate of the PDP for Zamfara Central Senatorial District to a debate, saying, “let every one of us say what he has done for our people.”