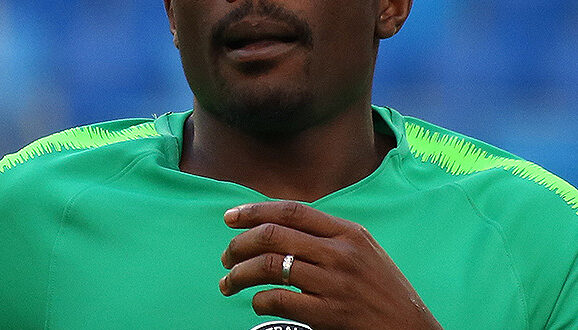 Musa Back Any Of The African Countries To Wins World Cup

Super Eagles Captain, Ahmed Musa has stated that he is supporting and rooting for the five African countries to win the world cup in Qatar starting this weekend.

In his chat with journalists, during his courtesy visit at the Nigeria Football Federation,( NFF) to see the president. Musa stated that any of the five African countries should win the World Cup. As he discuss more on the issues surrounding the back log of match bonuses as well as the need to improve on the league.

On the Portugal friendly. I will always wish my teammates best of luck. I know is a friendly match, but we have to show ourselves because it is very important for our FIFA ranking.

On the new President. I came on a courtesy visit to see the new president. Although I have called and congratulated him when he won the seat and to also to discuss way forward on how to move and improve on our football, especially the league which is the most important, because it produce me and several others. So if we don’t have other Ahmed Musa then there is nothing to be proud of.

The league needs to improve because if we don’t have an improved league, we will not have a better home based players that Nigerians wants in the Super Eagles.

On the backlog of match bonuses. He is a new president. We have to give him time. Secondly we are having a match tomorrow, the first under the new regime. He hasn’t met the team officially. We had a discussion about that. Like i said everything will be sorted out. He is new, so he has to look at the records and see what he can. We are on the right path”. He concluded.